You are here: Home / Mind and Body / 10 Ways To Boost Your Mood Naturally

Coming down with a case of the blues? You’re not alone. It’s estimated that up to 10 percent of the population in the United States will show signs of a declining mood as the days get shorter and the temperatures drop. There is a way to naturally boost your mood during that time.

A specific type of mood disorder that’s directly related to the change in seasons is commonly known as SAD, or Seasonal Affective Disorder. SAD symptoms usually occur in the autumn and winter months and include tiredness, feelings of hopelessness, overeating, and loss of motivation. These symptoms can be more prevalent in people who live farther away from the equator, and typically affect women more than men. As with many health issues, prevention is key.

Have you noticed an uptick in carb cravings? If the answer is yes, you might be suffering from a deficiency in serotonin). Known as “the feel-good neurotransmitter,” serotonin plays a crucial role in regulating both mood and hunger. A recent article published in The Journal of Depression Research and Treatment hypothesizes that people who suffer from seasonal affective disorder may have difficulty regulating this neurotransmitter.

How do we keep serotonin in balance? By supporting the production of it through precursors such as the amino acid tryptophan (from which your body produces 5-HTP), as well as vitamin B, an important cofactor. Foods rich in tryptophan include turkey, eggs, salmon, nuts, and cheese. Foods loaded with vitamin B include garlic, spinach, cauliflower, and celery.

The gut microbiome is home to roughly 5 pounds of bacteria, which means we have more microorganisms in our body than we do our own cells (10 times as much). Current research is focused on something called the gut-brain axis, with new findings suggesting that an imbalance in gut flora could lead to symptoms of depression. Scientists are still trying to figure out exactly how bacteria affect our mood, but studies have shown that it could be related to specific bacterial strains, the body’s ability to absorb nutrients, and hormonal pathways related to cortisol and serotonin.

How do you keep your gut flora in balance? Consume prebiotic-based foods, including asparagus, Jerusalem artichokes, oatmeal, honey, and legumes, which feed the good bacteria already living inside your digestive system. Also eat probiotic-rich foods such as yogurt, kefir, miso, kombucha tea, and olives to boost the amount of beneficial bacteria in your gut.

Omega-3 fatty acids are commonly found in seafood, nuts, and spinach. There are three types of omega-3s: alpha-linolenic acid (ALA), eicosapentaenoic acid (EPA), and docosahexaenoic acid (DHA). Both EPA and DHA are found in seafood, while ALA is a plant-based nutrient found in walnuts, flaxseeds, and other foods.Recent studies have shown EPA to be most effective in combating depression. In fact, a randomized, double-blind, placebo-controlled study published in the Journal of Psychiatry Research found that a group of young adults who took omega-3 fatty acids had significantly lower symptoms of depression than a placebo group.

Feasting on salmon, halibut, sardines, albacore, trout, and herring will get you a healthy dose of omega-3s. If you’re vegetarian or vegan, focus on increasing your intake of walnuts, spinach, flaxseed oil, hempseed oil, canola oil, and microalgae oil.

Adaptogens are a unique class of medicinal plants that have healing effects on the body while also supporting its ability to “adapt” to stressful situations. Specifically, the fruit of Schisandra chinensis, a plant native to China, has been shown to have antidepressant-like effects by supporting numerous neuroendocrine pathways. Schisandra can be eaten as fruit, taken in capsule or tincture form, or made into a tea—just infuse 2–3 grams of this bittersweet fruit into a cup of water for about an hour and enjoy!

Commonly known as the sunshine vitamin, it’s critical to many of our body’s functions. A deficiency in vitamin D (cholecalciferol) has been associated with anxiety and depression. A recent study from the Journal of Psychiatry Research found that healthy women who had low vitamin D levels were more likely to suffer from depression than those with adequate vitamin D levels.

A report published in the Journal of Clinical Endocrinology and Metabolism recommends 600 IUs per day for people between the ages of 1 and 70 to maintain adequate vitamin D levels.

Recommended Reading: Vitamin D3 is Essential to Your Immune System

This popular seasoning has a place in the medicine cabinet as well as the kitchen thanks to its powerful mood-enhancing effects. The healing spice commonly known as saffron has been used for many centuries; in fact, its therapeutic uses can be traced as far back as the Minoans. Derived from the flower of Crocus sativus, saffron has been shown to have potent antidepressant effects. A preliminary study published in the Journal of Pharmacopsychiatry found saffron to be an effective natural alternative to Prozac for women suffering from mild to moderate postpartum depression.

Having a strong nutritional foundation is critical for maintaining a healthy mood. Ideally, you’d get a full range of nutrients from your diet, but that’s not always easy to do. Even the highest-quality multis won’t make up for a poor diet, but they can help fill in the gaps. A study from the National Institute of Complementary Medicine (NICM) published in the Journal of Human Psychopharmacology demonstrated that a multivitamin could decrease depressive symptoms in healthy older men. The study states, “Supplementation with a multivitamin, mineral, and herbal formulation may be useful in improving alertness and reducing negative mood symptoms and may also improve feelings of general day-to-day well-being.”

So, what are flower essences, exactly? Well, it is difficult to categorize the Bach Flower System, but it is an energetic healing method similar to homeopathy, in which essences influence the emotional energy system rather than the physical body.

Flower essences focus on the “disharmonies,” or negative behavioral patterns. There are 38 Bach Flower Remedies to choose from that address an array of feelings, emotions, and behaviors. Give this subtle healing treatment a try by putting 2–3 drops of your chosen essence directly on your tongue or into a glass of water. Two standouts for depression: Sweet Chestnut and Mustard.

Light therapy works by simulating natural sunlight with full-spectrum light during the darker winter months. Light boxes encourage the brain to reduce the production of melatonin (the hormone that makes you sleepy) and increase the production of serotonin (the hormone related to mood). A meta-analysis published in The American Journal of Psychiatry found that light therapy demonstrated a significant effect on seasonal affective disorder. Benefits included increased energy, boost your mood, decreased depression, and better sleep. Try using a light box every day for 30 minutes, ideally in the morning, to see the results for yourself.

The chronic stress of modern life affects both our physical and emotional states. The Centers for Disease Control and Prevention (CDC) reports that one-fourth to one-third of Americans feel high levels of stress at work, and on top of that, Americans are working 8 percent more than they did just 20 years ago.

When you experience too much stress for too long, it becomes chronic, and you could be suffering from something called adrenal fatigue. The adrenal glands are in charge of the body’s four major stress hormones: cortisol, DHEA, adrenaline, and norepinephrine. When the body is in a state of constant stress, the adrenal glands can become overworked, and over time they can then become underactive or fatigued. Common signs of adrenal fatigue include tiredness, weight gain, cravings, trouble sleeping, decreased immunity to common ailments, and brain fog. Try these simple lifestyle changes to support your adrenal glands and boost your mood.

Boost your Mood with the Mediterranean Diet

An extensive amount of research shows that this diet, rich in healthy fats, fish, and vegetables, is directly associated with a reduced risk of many ailments, including heart disease, dementia, and depression. A recent study published in the Journal of Experimental Gerontology discovered that “greater adherence to the Mediterranean diet and daily tea drinking seem to have a beneficial effect on depressive symptoms in older adults.” To give it a try:

Written by michele-burkland-nd for Better Nutrition and legally licensed through the Matcha publisher network. Please direct all licensing questions to legal@getmatcha.com. 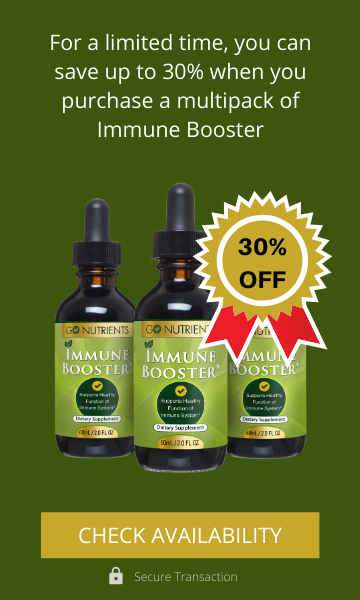